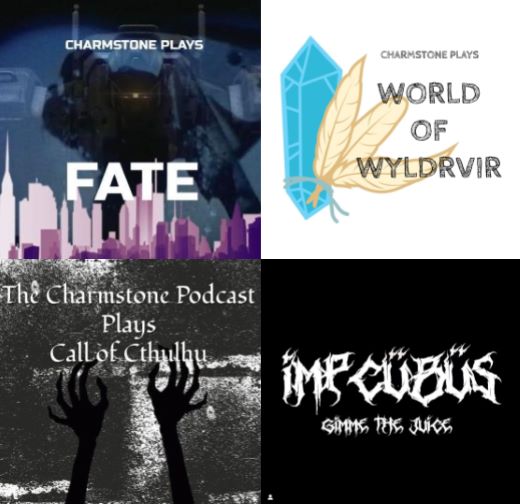 A few weeks ago, I took you through my experiences running several different TTRPG systems for the Charmstone Podcast. Here are my takeaways from the other five episodes.

One of my players came to me with an awesome character concept: he wanted to be the mayor from Jaws. Not the literal mayor of Amity but that archetype. There would be strange happenings going on in the town, but he would try to downplay them at every turn seeking to minimize panic and preserve the city’s reputation. At first glance, this seemed like a great way to build some dramatic tension.

However, this worked a little too well. The mayor’s attempts to assuage concerns about mysterious disappearances came across pretty reasonable. As a result, the investigators were slow to start digging for clues. While this wouldn’t have necessarily been a problem during a normal campaign or one-shot, we were recording two episodes that would be edited to cut down to less than an hour each. In a regular game, we could have spent time ratcheting up the creeping sense of danger in the small mid-western village until they had no choice but to get to the bottom of a series of supernatural events. Much like Jaws, we could have even had an early false resolution to raise the narrative stakes heading into the climax. But we had to cut to the quick. Sensing this, the player ultimately pivoted his roleplaying to be more open to accepting there was indeed a growing crisis.

Some indirect conflict among the characters can actually be very fulfilling. It can encourage players to more deeply inhabit the thoughts and feelings of their characters and give fullness to their portrayal. The caveat though is that you need the right time and situation. This is especially true if one character is arguing for inaction. It’s an entirely logical stance to take in real life, but in game it can slow the pace of your session to a crawl. It’s incumbent upon GM to adjust on the fly and make it clear action needs to be taken.

The thing I enjoyed most about the Fate system is that session zero isn’t optional- it’s a core part of the game. You craft your characters in cooperation with all the other players with a specific emphasis on how they know each other and at what points their paths overlapped previously.

“Have a session zero,” is not exactly an earthshaking insight. Anecdotally, based on what I see on social media, having a session to define the parameters of a new campaign is probably closer to the norm than an exception. This is more an observation of the importance of considering previous relationships between characters. I’m sure we’ve all had great campaigns where all the characters just met in a tavern, but prior connections gave your GM quite a bit of fertile ground to play with.

Because we recorded character creation and the actual game in one sitting, I had to have the adventure pre-written. In this instance, a seaborn kaiju would attack a futuristic city causing the players to track down an experimental mech suit to fend it off. With just the half hour or so it took us to create the characters, I was able to come up with a series of plot beats and NPCs that could be bespoke to the party. Even though this group was just playing a single session together, they were instantly able to feel more connected to their characters and each other because they fit into the world.

When I was in my teens and early twenties, I played a fair amount of live music. It wasn’t anything wildly successful. For the most part, I’d play coffee shops or bars to a couple dozen in attendance. I did play a few larger shows in front of a couple hundred, and it was a pretty unique experience. For anyone who’s ever been in a band, there are some universal experiences: weird promoters, bafflingly dirty green rooms, and near disasters on stage. For those who’ve lived it, there’s a strong sense of commiseration. When talking to those who haven’t, there’s always some fun anecdotes to share.

Throwing Horns is a game where you play as a metal band of actual demons touring through hell. Probably my favorite all time elevator pitch for a TTRPG ever. While being a demon or living in hell might not be the most immediately identifiable experiences, playing music is. The fun came from marrying the mundane occurrences every band encounters with an over-the-top high-concept. It’s like mixing vanilla and chocolate: the relatable paired with the fantastic.

If you ever worked at a restaurant, use your lived experience on the next fantasy tavern the party stumbles into. Create an NPC who acts how you would have acted if you were waiting their table. If you had a weird teacher in high school, make the dean of magic at the local wizard’s college a thinly veiled version of them. If you want to add more realism to your game, just steal from real life.

Hesitation at the Gate

It feels kinda silly to type this, as it feels fairly obvious looking back, but just because you’re really interested and engaged in a topic doesn’t mean others automatically are. I love occult stuff. I love reading about Alestair Crowley, renaissance alchemists, and ancient mystics. I love the symbolism of magic and instantly perk up whenever people start discussing it. Because of this, I was super excited to play Hesitation at the Gate. It’s a game steeped in esoteric lore and hermetic magic.

While those themes alone are enough to get me extremely invested right off the bat, not everyone will be captured so easily. Paradoxically, there can be a tendency to undersell the things you are most interested in. From your perspective, it’s axiomatic how engaging the subject matter is. With Hesitation at the Gate, I left too much of the heavy lifting to the setting and system. You need to give players a reason to care about the lore and mythos of the gameworld.

I don’t know if this is true for everyone, but deep down inside I want to outsmart the game. In JRPGs, this makes me check every barrel, trash can, or dresser in every random house in every village hoping to find an extra potion or a few extra coins. In TTRPGs, this usually manifests as my characters being overly suspicious of unlocked doors, using a quarterstaff to press down on every single floor tile, and suspecting every magic item to be cursed. I try my best to stifle these urges in most games for the sake of everyone else at the table, but it still comes through sometimes.

More so than other systems, Wyldervir’s de-emphasis on combat and conflict puts a warry adventurer at a distinct disadvantage. Being overly cautious can hamper your ability to enjoy the act of exploration itself.

I suppose the takeaway here is two-fold: don’t try so hard to outthink a game that you stop enjoying it, and flow with what the system does best. 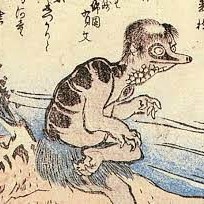 How To Fart Your Way Through a Kappa Fight 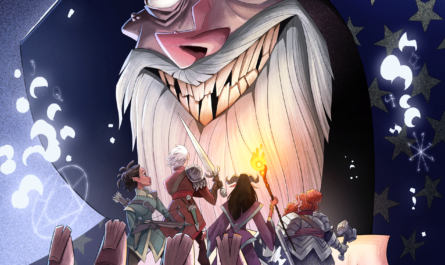 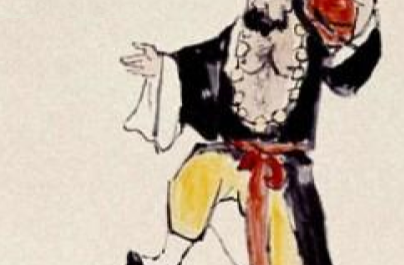