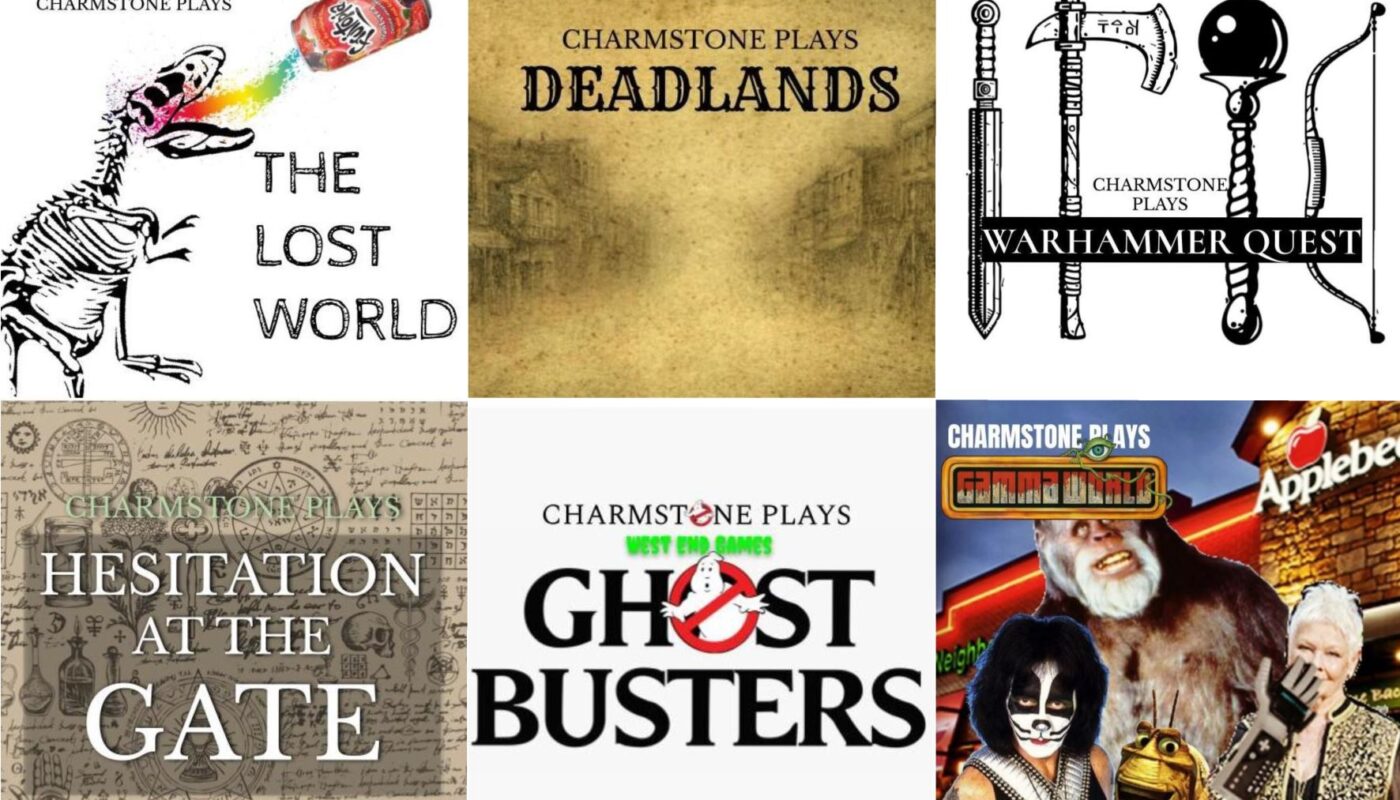 A little over a year ago, we decided to throw our hats into the crowded world of RPG actual play podcasts. What differentiated us was that we weren’t going to stick to one single game system. In fact, we were going to play multiple systems in a single season. I’ve done podcasts previously and have years and years of experience running TRPG games. However, combining the two and incorporating a pretty challenging gimmick was uncharted territory for me. Naturally, putting myself in this position opened my eyes to a great many lessons along the way. Now that we’ve completed our second season, I wanted to take a little time to ponder some of the what I’ve learned along the way.

Recording, editing, and releasing our first episode was such an eye opening experience. The first and most glaring insight applies to both actual plays and DMing in general: combat can be extremely boring.

This might be a counter intuitive point, but TTRPG combat can turn into a slog for the players and an absolute momentum killer for an audience. Before you say, “you’re not being descriptive enough,” or “you’re not using the terrain to keep it interesting,” there’s only so much action you can get across in an audio only format. Yes, you can and should use sensory language to keep things engaging, but what do you say after a players third miss with their axe? Here’s a thought experiment: imagine a random battle in Final Fantasy 7 or really any turn-based JRPG. Now imagine trying to narrate every single attack. It would be easy at first. You’d have tons of colorful language and engaging ways to describe taking on the bad guys. But what about the 4th claw attack from the random monster? Eventually, even the most loquacious game masters will run out of things to say.

My solution is to make combat faster and harder-hitting. To speed things up and make each turn mean more, up enemy damage output and scale back their health. Additionally, there’s not much value in having an enemy weather a hit and standing with just a few hit points left. Round up the damage and make your players look like heroes. This will take the pressure off the DM to come up with vivid descriptions on the fly. After all, what sounds more interesting: listening to someone describe three sword swings or nine?

While there were still a lot of kinks to be worked out, our second episode went considerably smoother. In hindsight, I probably wouldn’t have released the Warhammer Quest episode, but rather considered it a practice run. It took me several hours to write the scenario and upwards of 10 hours to edit the audio. It’s extremely difficult to shelve that amount of work, but sometimes it’s ultimately for the best- especially if you’re trying to have a strong debut.

Our Gamma World episode saw a group of mutant settlers navigating the hive-like corporate headquarters of an invading group of business bug monsters. This is about as high a concept as you can get, which gives the players a great deal of material to sink their teeth into. I’ve found that giving your players a pretty out there set-up encourages them to interact with the story more. For example, in our first episode, a group of adventures explore a hidden tomb. Needless to say, that’s a pretty stock set up, and I think unconsciously this influences players to approach the scenario in a more conventional way. If your hook is less formulaic, it gives them a blank slate to approach it however they want. Most players have a sense of how exploring a dungeon in search of treasure should go, but there’s no playbook for a post-apocalyptic romp through a futuristic insect lair.

This is also the last episode for which I provided maps for the players. I discovered that having the visual element made my descriptions worse because I could simply show them visually what failed to come across verbally. Going exclusively ‘theater of the mind’ really forced me to be more precise and expressive when relaying what the players were seeing and experiencing. This isn’t to say I recommend against using maps for your everyday games, but trying this for awhile will help your imagery in the long run to give your players the best of both worlds.

The Jurassic Park system we played barely met the threshold to be called an RPG. The system was produced as a movie tie-in for the Lost World and intended for children under 12. There are four stats with no other skills or bonuses, and the handbook is more of a choose-your-own-adventure with occasional die rolls. There actually aren’t rules for character creation, as you’re just supposed to pick one of the pre-made movie personas. A system this light on rules usually wouldn’t appeal to me, yet we had a great time, and this ended up being one of my favorite episodes.

Sometimes, it’s not a matter of what you play but who you play with. For this episode, the players were either current or former zookeepers, myself excluded. It was fascinating to see how people who handle animals for a living approached adventuring around Jurassic Park. Although I had no particular knowledge of zoology, biology, or husbandry it was amazing to see how people that did approached the obstacles I put in front of them. As much as I love playing with my regular groups, there’s absolutely no chance I could have had this experience with them.

Playing with new people isn’t always going to be a pure positive. If you play with new people, you are going to end up encountering those that you’re just not compatible with. And honestly, I’ve had a few pretty negative experiences playing at some conventions with random people. However, it might just be worth it to take a chance inviting a friend of friend to do one shot. And if you’re recording your games for an audience, everybody loves a good guest!

While I don’t think this was a bad episode, I certainly think it could have been better. I feel the main reason it didn’t turn out as well as it could was I knew the game extremely well, but I didn’t know most of the players and their characters. Tying in to what I said previously, you’re not necessarily going to gel instantly with a new group and characters they come up with. Again, I don’t think the session went poorly, but I could have done so much more to make scenarios and set pieces that could have better played to the party’s strengths. Since I wrote the adventure without first knowing what kinds of Ghostbusters the cast would make, there were some square peg/round hole situations.

For example, one of the characters was a sheepish scary movie fanatic, who always tried to relate to the world in terms of classic horror films. Knowing this, I could have included more overt references for them to pick up on a riff to. Perhaps I could have even included a puzzle that required knowing some bit of trivia about Carrie or Texas Chainsaw Massacre. There are a lot of ways a GM could shine a spotlight on that trait, but I wasn’t really able to capitalize. Ideally, I could have improvised a few allusions to enable some great roleplay, but it’s not always possible to come up with this on the fly.

Imagine playing a game where one character specializes in doing fire damage. Then imagine the DM adds enemies to every session that are somehow immune or resistant to fire. While it’s fine every now and then to foil the strengths of a character, everyone is going to have a lot more fun if the fire character can torch an army of scarecrows every now and then. Highlighting what your players are good at almost always strengthens the narrative and leads to a more rewarding experience.

This was a case where the story I set out to tell just didn’t work well with the system. I’ve been playing TTRPGs my entire adult life, but for some reason the ruleset for the original Deadlands was just difficult for me to grasp. Reading over the core books, I found myself feeling like I was 17 again trying to learn D&D 3.5 for the first time. At this point, I should have sought out somebody who was a rules expert to play a few games to really get the hang of it. But of course, I didn’t.

I think this led to a cascade of issues that just caused this session to feel a little off at all times. Commonly in TTRPGs, the rules reinforce the narrative and narrative reinforces the rules. Deadlands very much seems to conform to this maxim. Because I was missing one, the other would necessarily suffer. From a tone standpoint, Deadlands mashes western action with supernatural horror elements. To take advantage of these themes, I wrote a scenario where a sinister traveling stage show that caused hallucinations and forced the players to navigate an otherworldly semi-imaginary saloon. While, this storyline isn’t bad per se, it was bad for Deadlands. While there were supernatural themes, there weren’t horror themes. While there were western aesthetics, there weren’t westen genre plot points.

In the end, the story wasn’t suited for Deadlands and the system rules weren’t able to enhance the story. With more experience with this game, I would have approached it much differently. 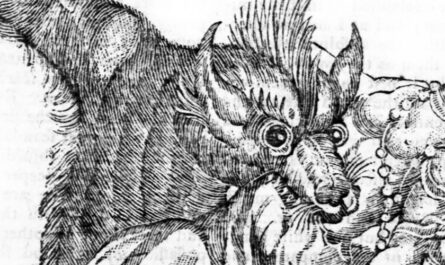 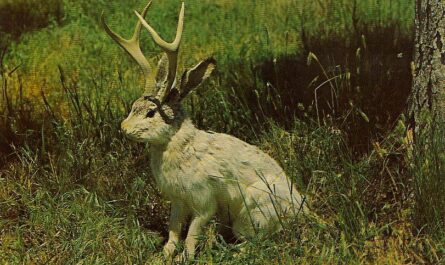 A Roundup of Rare, Rascally Rabbits 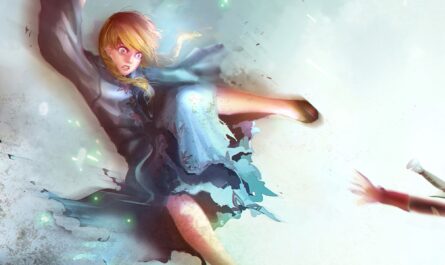