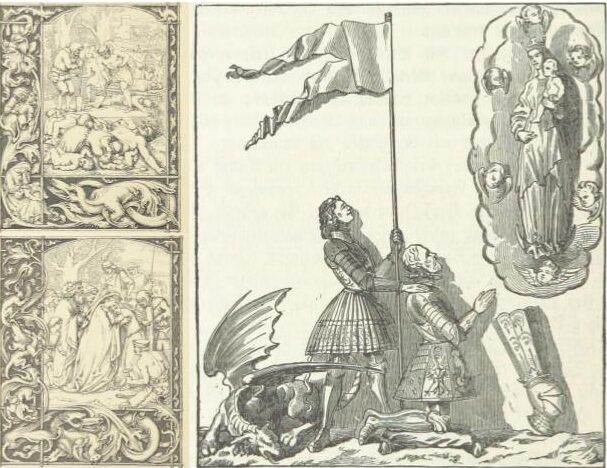 I’ve been playing Baldur’s Gate Enhanced Edition recently. It’s a pretty great time capsule of D&D design philosophy and tone from the late 90s. For better or worse, you get all the weirdness of 2nd edition rules playing through what feels like an RA Salvatore novel. I’ve enjoyed it for the most part, but I realized something once I was about two thirds of the way through the game. I chose the ranger class for my main character, and at some point I had acquired ‘fallen ranger’ status. I looked it up, and it turns out if you murder someone, you become ‘fallen,’ which mean you lose a large portion of your class abilities and gain XP slower. In a game where 90% of your time is spent killing things, it’s tough to keep track of when one of those crosses the line into murder. I have no idea when this happened, and no save file where I wasn’t fallen.

Of course this wouldn’t do, so I started researching how to remove this condition. There’s a quest line you can complete that restores your regular ranger status… in Baldur’s Gate II. If I wanted to fix my character, I’d have to complete the game, import him into the sequel, and complete three missions. Probably gonna say I’m done with ol’ Baldur’s Gate for awhile.

Bet hey, it happens to the best of us. Adventuring is a tough racket, and there’s no shortage of ways to bring shame on yourself, your organization, or your deity. Maybe the result is not as severe as you losing all your powers, but being a public pariah is no picnic either. Sometimes you’ve just got to get back in society’s good graces.

Since I don’t want you to have to suffer the same fate as me, I’ve come up with five rituals to redeem disgraced characters.

Trial of the Maelstrom

Many religions venerate water’s ability to spiritually purify. Baptism is a central practice in Christianity. Judaism likewise uses water rituals like Tevilah and netilat yadayim to cleanse practitioners. In a religious rite known as Misogu, Shinto adherents make pilgrimages to lakes, streams, and often waterfalls to wash away impurities of the spirit.

In the spring when the mountain snow begins to thaw, rivers swell with rushing water. Deep in the wilderness, one stretch is known for being particularly difficult to navigate. The penitent character locates a simple stone shrine just off the banks of the violent rapids. If they wish to proceed, they utter a short prayer and cast themselves into the roil. They are tossed and battered by the current, dodging jagged rocks where they can and attempting to steal an errant breath to stay alive. After several hundred yards, a massive whirlpool awaits. To continue the ritual, the player must find a way to escape the current and find their way onto the large flat stones near the legendary eddies. Once they find their footing, they must shout at the top of their lungs to summon the spirit of the maelstrom. The aquatic giant will rise to interrogate the player. The spirit’s questions will center on the player’s motivations and if they are truly contrite for their actions. If the spirit is satisfied with the answers, it will invite the character to enter its whirlpool where they will be purified and teleported safely back to the shrine where they began. If the creature doubts the seeker’s sincerity, it will demand trial by combat, and will only grant absolution if it is defeated.

In this ritual, the person seeking redemption must locate the ruins of a fabled, lost city. At its height, the lost city was home to a deeply religious culture. The denizens centered their entire lives around praising a deity whose name is now lost to the ages. Only rumors survive of their elaborate pageants and intricate ceremonies. However, their devotion tied their spirits to the site. Every full moon, the spectral worshipers march through their derelict streets enacting one of their most sacred rites.

Although extremely difficult, finding the ruins and witnessing this ghostly procession is the easy part. In order to expunge your sins, you need to join in. In life, these faithful were extremely leery of outsiders and not much has changed in death. The player will need to find a way to blend in and convince them they belong. This will involve mimicking complex dances as the parade moves along, copying the intricate costumes or the worshipers, and reciting the hymns of a long dead language. If all goes well, the character will find themselves renewed upon the dawning of the sun. If anything should go awry… well, there’s an army of angry ghosts to deal with.

In researching for this article, I was looking through Sir James George Frazier’s The Golden Bough: A Study in Religion and Magic. I came across a fascinating anecdote about Cambodian ritual performed in the royal court on the last day of the year. Frazier alleged nobles would dress themselves as demons and run from rampaging elephants through the palace courtyard. This practice was said to ward any evil spirits that may attempt to harm them in the coming year. However, this probably didn’t happen. In fact, James Frazier made up like 90% of the spiritual practices in this book. Luckily for our purposes this means we can steal this almost certainly fabricated practice.

The player must locate a royal court that fulfills two requirements. First, it must be large enough to allow for someone to elledue large beasts. Second, it must have ferocious behemoths available. After somehow convincing the owner of the appropriate palace to allow this ritual, they must make themselves up to look like the embodiment of whatever brought them to shame. If they accepted a bribe, perhaps they must be covered head to toe in garish, costume jewelry. If they murdered in cold blood, perhaps they must smear red paint over themselves. Once they are adequately adorned, they must complete several circuits around the courtyard attempting not to be crushed under the feet of elephants, aurochs, or dinosaurs. All the while the ruling elites look on sipping cocktails and ring in the new year.

Feast of the Soul

Imagine if when you crossed the line that led to your disgrace, something tangible actually left you. There was some quantifiable, measurable goodness that departed. In 1907, Duncan MacDougall conducted a dubious experiment that endeavored to weigh a person on the brink of death then again after they had passed to determine the weight of the soul. He found the soul weighed, on average, 21 grams. Putting aside the validity of his findings, let’s run with the idea that some intangible aspect of your spirit could be made manifest and depart from you.

If you carry on with the notion that your goodness and virtue could leave of its own accord, how then could you lure it back?

For the purpose of this ritual we’re going to use food. Not just any food, but a Miyazki movie level meal. Imagine immaculately seasoned roast game birds, perfectly ripe seasonal vegetables, and impossibly intricate cakes all lining a huge table with little room for more. To entice your essence back, you’ll need to prepare the most sumptuous, extravagant feast possible with flavors and seasonings throughout the known world. But acquiring the ingredients won’t be easy and this is the heart of the ritual. The character may have to barter with a less than reputable trading company to procure rare, fragrant spices from thousands of miles away. The main course may feature a pufferfish-like entree that is difficult to catch and even more challenging to prepare safely.

Once painstaking preparation has been made and the repast has been laid out with the utmost care, the departed essence of the character should return. What form it takes should be personalized. A peaceful cleric might see theirs appear as a giant, luminous bird. A rugged druid could see a glorious spirit wolf. And if the ritual is successful, the ensuing party should be one sung about for generations.

This last ritual should be reserved for characters that have little excuse for what they did and still grapple with the weight of their transgressions. They must secure a mirror of exquisite quality and live with it in their home for no less than a week. On a dark, moonless night, they must find a place where they can be completely underground. This could be as simple as a cellar or as elaborate as the catacombs beneath an ancient manor house. The only requirement is that the character must be able to be sealed in until dawn.

To begin the ritual, the character will light a single candle and sit cross-legged in front of the mirror. For hours, they must sit in silent contemplation pondering their sullied virtue and absolution. If they are worthy of a chance at redemption, the candle will extinguish itself, but a dim blue light will envelope the room in an eerie glow. The participant’s reflection will emerge from the mirror to challenge themselves. The form of the challenge will be bespoke to each person. Martial characters will likely enter trial by combat, more intellectual ones may enter into a battle of wits. If the player succeeds, they must then smash the mirror and wait until sunrise where they will be let out reborn into the morning. If they fail, there will be nothing left but the melted wax and a badly tarnished mirror. If someone comes searching quickly enough, they may catch one last glimpse of the doomed soul in the looking glass before their reflection vanishes forever. 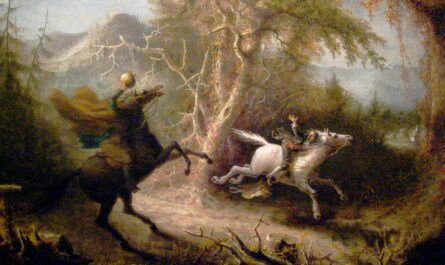 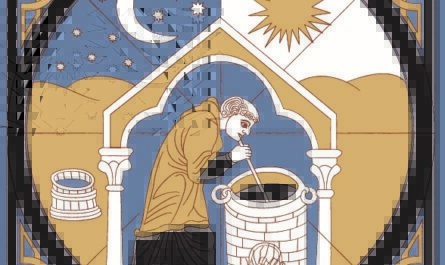 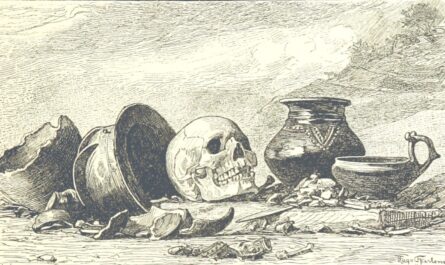 2 thoughts on “So You’ve Been Disgraced: Five Redemption Rituals”