The city doesn’t end so much as it is absorbed by the swamp, dense neighborhoods of tightly packed houses giving way to sparse shacks and waterlogged paths through the bayou. Fireflies bob along the shoreline as you pick your way through thick mud and brackish water. It is getting darker, harder to see through the thick curtains of Spanish moss in the waning light.

You suddenly realize how still the swamp is, the steady hum of insects now conspicuously quiet. There is movement between the trees, the splash and slurp of something slogging through the mud. You get the unmistakable sense that you are being watched, and catch a glimpse of long limbs between the trees, human-like but covered in hair.

Better get ready for a rough night because you’ve just crossed paths with the Rougarou.

The rougarou is descended from French tales about wayward Catholics being turned into  werewolves for not observing Lent, traveling across the Atlantic to Canada and down to Louisiana, morphing into more of a cautionary tale to keep children in line along the way. This creature is said to stand six feet tall, the same sort of lanky half human half wolf that we imagine werewolves to be.

While werewolves tend to be described as bloodthirsty and violent, the rougarou is more of a boogeyman and a reason for kids to stay out of the bayou. The danger in encountering one of these creatures is not in being maimed, but in catching the curse. The rougarou will attack with its claws, but this is because drawing blood is the way to pass on the curse. Get scratched by the rougarou and you’re doomed to become the rougarou for one hundred and one days, transforming into a half wolf at night to search for victims. Those who become the rougarou revert to their human selves during the day, but feel sick and weak, and find themselves unable to talk about their nighttime activities.

The best way to avoid being rougarou-ed is to draw first blood. If you can get in an attack before they can land a blow with their claws, the rougarou will turn back into a human and you can keep living your best un-cursed life. Stories from the 1970s describe drivers hitting an animal on the highway and getting out of their car to find a wounded and dazed man instead, so even an unskilled and pretty clumsy attack could be enough to force the transformation.

The rougarou tends to attack people they already know, so if you’re the kind of person who has made some enemies, you may want to be able to preemptively avoid an encounter by confusing the creature. It’s said that after transforming the rougarou forgets how to count past twelve, so if you leave thirteen small objects like pennies or stones in your doorway, the rougarou will be compelled to count them and be too perplexed by the very concept of the number thirteen to continue. Instead of attacking, the big furry dummy will sit and count until the sun comes up and it reverts to its likely confused and embarrassed human self. 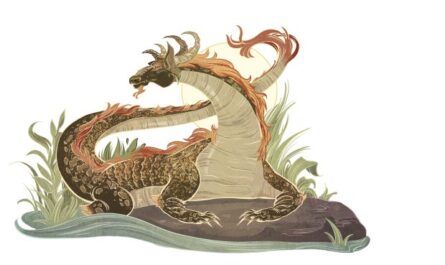 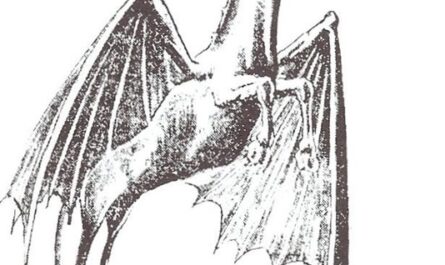 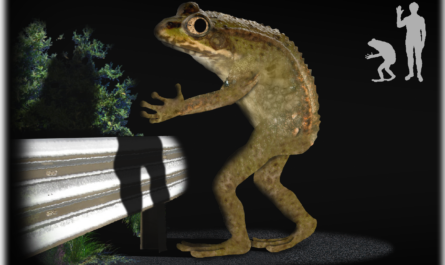