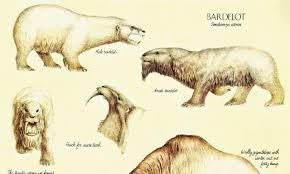 You pull your furs tight around you as a gust of wind kicks up more snow. You feel the bite through all the layers, but keep plodding along the frozen ground. The days are short up here, and it’s already starting to get dark.

You start making camp and digging out shelter in the snow when you think you see movement on the horizon. The gray and white landscape blurs together in the fading light, and even though there are no trees to block your view, it’s still tough to see what could be out there. You squint into the swirling snow, scanning for any signs of life.

By the time you hear it, it’s already barreling into the middle of your half-built camp. The creature is big, bigger than most bears, with giant, oversized fangs.

Roll for initiative and get ready to fight a giant rat.

The Bardalot is one of the creatures found in Dougal Dixon’s After Man, a hypothetical look at what horrors evolution could unleash in ten million years. In his speculation, all large predators will rise from the rat family to fill niches currently occupied by canines, felines, and ursines. That’s right–get pumped for a future full of rat wolves, rat lions, and rat bears.

Bardalots are rat bears, and this particular giant rat is occupying the ecological spot currently held down by polar bears. In appearance, they’re pretty close to polar bears, but since that would be too straightforward for Dixon, the females are also said to have giant, sabertooth tiger-esque canines. He draws more comparisons to the ice age big cats than to polar bears, describing them as predators who survive by taking down large, land-dwelling prey, as opposed to polar bears that primarily hunt seals.

Land-based predators in the tundra thrive in the summer and struggle through the winter months as their prey migrates to warmer latitudes, so if you bump into a Bardelot in the winter, that sucker is probably pretty hungry and ready to eat you. Hopefully you have something sharp handy or a barbarian in the party to take down this ravenous rat. 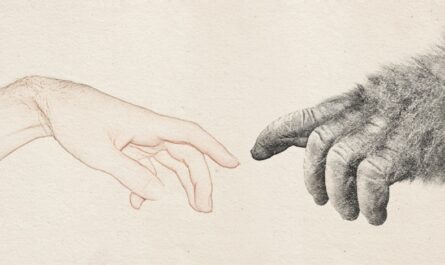 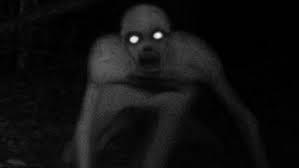 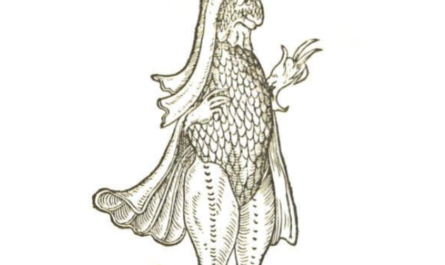