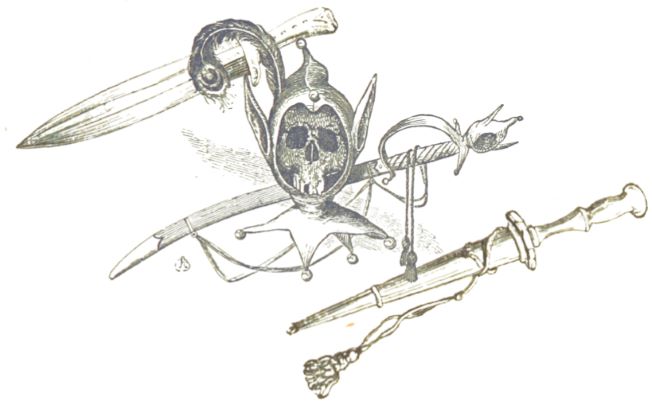 Apparently, if TTRPG twitter is to be believed, this month is Swordtember. It doesn’t seem many people celebrate this, but I’m always down to get another holiday on the calendar. Even though I’ve spoken before about the overrepresentation of swords in games like Dungeons and Dragons, I’m willing to do my part to get Swordtember off the ground. In that spirit, I’ve got five examples of magical swords from mythology you can draw inspiration from DMing your games.

We’re gonna start out with a sword that has more style than substance to its description. Caladbolg was the mythic weapon wielded by the ancient Irish king Fergus mac Róich. Interestingly, the name shares its linguistic roots with another famous celtic blade: Excalibur. Both of them translate to roughly “hard cleaver,” which was somewhat of a generic term for a great sword in the medieval languages of the British Isles.

This two handed sword was said to be able to fell entire armies and devastate the landscape. At one point in a fit of rage, Fergus slashes three hills, blasting the tops right off them. Its main properties are a little generic and overpowered, but it also has an ancillary cosmetic effect. For some reason, it leaves an arc of rainbow wherever it’s swung.

The vibe reminds me of the hidden joke Diablo 3 area Whimsyshire. There’s bright neon colors and unicorns juxtaposed by a bloodthirsty maniac trying to slay everything in sight. Granted, there’s not a ton to go on with this, but at the very least the incongruity of destructive force leaving a splash of color in its wake will be entertaining.

In one Dungeons and Dragons 5e campaign I played in, there was a paladin that kept a broken sword as a memento. It’s one of the default options for character’s with the soldier background. He referenced this broken blade all the time, but he never fleshed out why it was important and nothing ever came of it. Looking back, there are a lot of plot elements I could have connected to that trinket. Specifically, I could have pulled some inspiration from this next entry.

One night circa 1400 AD, a fisherman named Lê Thận was trawling the waters near the Thanh Hóa province of Vietnam. Before long his nets caught something heavy. Thinking it was a haul of massive fish, Lê Thận excitedly pulled his nets up to inspect. He was disappointed to find that he had inadvertently snared a long hunk of metal. Without paying it much thought, he tossed the thin shard back into the surf. As the night progressed the strange object found its way back into his net two more times. On the third time, he drew his lanturn close to inspect it more closely. In the faint illumination, he finally realized he had found the missing blade of a sword. Not knowing what else to do, Lê Thận brought it home and safely stored it away.

Some years later, Lê Thận found himself a rising officer in the rebel army of Lê Lợi. Eventually, General Lê Lợi would pay Lê Thận a visit at home. As soon as the general entered the house, the blade chose to reveal itself again. It shone brilliantly revealing the inscription Thuận Thiên (Will of Heaven). Because of this momentous omen, Lê Thận gave the blade to the general. Not long after, he saw a similar light emanating from the branches of a banyan tree. Among the foliage, Lê Lợi discovered a jeweled hilt. Making the obvious connection, he combined the two, thus completing the weapon.

The sword granted him enhanced strength and the ability to grow in size. However, the most remarkable of the sword’s properties was the mandate of heaven. Once the rebellion was successful, the magical sword was considered a divine endorsement of the warrior to assume leadership of newly independent Vietnam.

About a year after assuming the throne, Lê Lợi was boating on the lake in front of his palace. A giant turtle with a golden shell emerged from the depths. The beast requested that he return the sword to his master, Long Vương (Dragon King). The former general compiled and presented Thuận Thiên to the intimidating reptile, who promptly disappeared with the sword, never to be seen again.

Not only would one piece of a magic weapon make a great starting item for a character, the association with a dragon king would make a sword inspired by Thuận Thiên just ooze with lore. Alternatively, you could stay more true to the original story and have the blade turn up on the open ocean while they’re chasing pirates.

This sword was forged by Kaveh, the legendary Persian smith, for a prince named Milad. The Shamshir-e Zomorrodnegār (meaning “emerald studded sword” in English) gained a reputation as one of the finest blades in existence. After Milad’s death, the sword came into the possession of the powerful demon, Fulad-zereh.

Fulad-zereh had many reasons for coveting this sword. Not only was it a devastating weapon in its own right, but it was also the demon’s only weakness. Upon his birth, Fulad-zereh’s witch-mother cast a potent spell upon him that made him invulnerable to all damage except from Shamshir-e Zomorrodnegār. Fittingly, wounds caused by the emerald sword could not be healed by any means save for a potion made with an extremely specific ingredient: the brains of the demon himself.

This myth has all the elements for a great adventure: a fearsome enemy, invaluable treasure, and a lore dynamic to tie it all together. You don’t even necessarily need a good hook. Just plant a rumor about this sword and its guardian and most players are going to want to check it out. The party will have to penetrate the fortress of the demon and seek out his most prized artifact. All the while, they’ll have to be careful to avoid the monster until they have the means to actually harm him. Then, if they’re successful, you can put them in the moral gray area of deciding if they want to harvest demonic brain matter to brew the only potion able to cure the injuries caused by Shamshir-e Zomorrodnegār.

I might be cheating a little here because it’s not 100% certain Lævateinn is a sword. It first appears in the Norse Poetic Edda. The weapon is forged by Loki, everyone’s favorite trickster god, and is claimed to be the only implement that can slay the magical rooster atop the world tree.

I’ll let you collect yourself. I understand that’s a lot to absorb.

The confusion about the nature of this weapon stems from a commonly used literary device in Norse poetry known as a kenning. A kenning is a form of metaphor wherein a compound word is used to artfully describe something else. The most common example people often give is using the term “whale-road” to refer to the sea. The meaning of the name Lævateinn (or Hævateinn in earlier versions) has generated quite a bit of controversy because it can be translated myriad ways. The portmanteau has been variously interpreted as “sure-striking dart,” “wounding wand,” and “damage twig” to name a few. As a result, it’s been depicted as an arrow, cudgel, magic wand, and a sword.

Using a weapon like Lævateinn could really liven up a fetch quest. The party could be tasked to retrieve a magic sword while, unbeknownst to them, the blade is able to alter its form. The sword, possessing some will of its own, tried to elude the players by changing into other weapons in order to trick them.

Swords of Masamune and Muramasa

No sword list would be complete without at least one legendary Japanese sword maker. As a matter of fact, this one actually has two.

The tale begins with an apprentice and master swordsmiths standing next to a river eager to test their latest creations against one another. The apprentice, Muramasa, goes first. He ties his newly forged sword, Juuchi Yosamu (which translates to 10,000 Cold Nights)  to a branch overhanging the river. He lets the blade dip into the water with the edge facing the current. Of course, it easily slices through the current, but everything else that stays near it is cut in half. A falling leaf, an errant butterfly, and a passing fish are all cleft in twain.

Masamune is greatly impressed by his pupil’s work, but is nevertheless confident in his own handiwork. He lowers the sword, Yawarakai-Te (meaning Tender Hands) into the river in the same manner. Surprisingly, a leaf bloating downstream bounced harmlessly off the blade. A second fish bumps into it and suffers no harm. As the two men watch quietly, they can even hear the wind itself gently whistle past, as the blade would not even cut the air.

Muramasa is ecstatic but bewildered. Not only is it clear to him he made the superior weapon, but he’s also stunned at the apparent poor-quality of Masamune’s. Muramasa begins to taunt his master as Masamune collects his sword from the river. Muramasa carefully dries it and returns it to its sheath. He smiles the entire time, seemingly unphased by his student’s jeers.

As luck would have it, an itinerant monk was passing by and witnessed the entire contest from a distance. The monk hurries over and congratulates Masamune on his victory, which stuns Muramasa. The monk explains that the first sword was indeed very fine, but it was indiscriminate in what it would cut. The second sword was superior because it refused to cut anything that did not deserve it.

For some background, both these swordsmiths were real, or they were at least based on real people. Masamune lived several hundred years earlier than Muramasa, so the two almost certainly never met let alone were teacher and pupil. However, the story is supposed to at least be instructive of their actual personalities.

Masamune was regarded as a man of saintly patience and even temper. Muramasa, on the other hand, was said to be aggressive and violent by nature, and these qualities purportedly found their way into his work. Muramasa swords were rumored to be nearly demonic. They were widely believed to fill their wielders with an uncontrollable rage. The blades themselves were thought to thirst for blood. If no worthy opponents were present when a Muramasa sword was drawn, they would demand an offering from their user to slake the weapon’s thirst.

This legend would make for an incredible random encounter while the party is travelling a remote road. The characters would play the role of the wandering monk and happen by a contest of two exquisite sword makers. As a reward for their honesty judging the two swords, the smiths agree to give them the sword they deem the winner. If they pick Masamune’s, they should get a good-aligned magic weapon that can’t hurt civilians or allies. If they pick Muramasa’s, they’ll be burdened with a powerful cursed sword that drives its owner mad with anger.

Looking for more ideas like these? Check out Five Campaign Ideas From Pre- and Early Modern Literature. 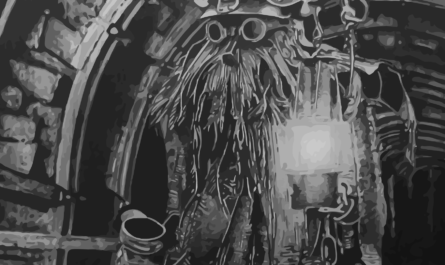 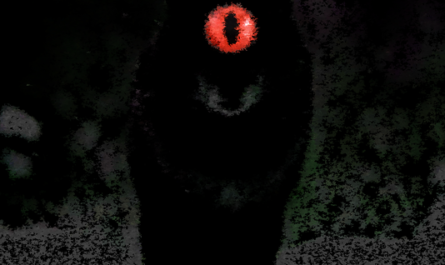 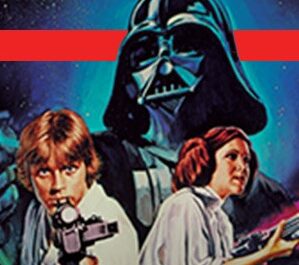